This is where I’ll post information on my fonts. END_OF_DOCUMENT_TOKEN_TO_BE_REPLACED

Today I finally got around to modeling that gas station in blender to create isometric tiles.

To make modeling of larger objects easier and to keep a coherent color palette, I had to learn how to use UV maps along with a simple palette.

In Blender after 2.8, I found I had to use an image texture to import the palette and set it to Closest and set the Viewport settings to textured.

After all this and linking the materials for all objects, I could set colors for each individual face or set of faces in the Blender edit mode.

Then I set the camera to Orthographic with rotation set to X 60° and Z to 45°. This model ended up being far too large which meant I also had to set the Orthographic scale and increase the clipping limits to avoid clipping.

After all that I could experiment by importing the render into Pyxel Edit and put it into the tilemap I’ve been playing around with. 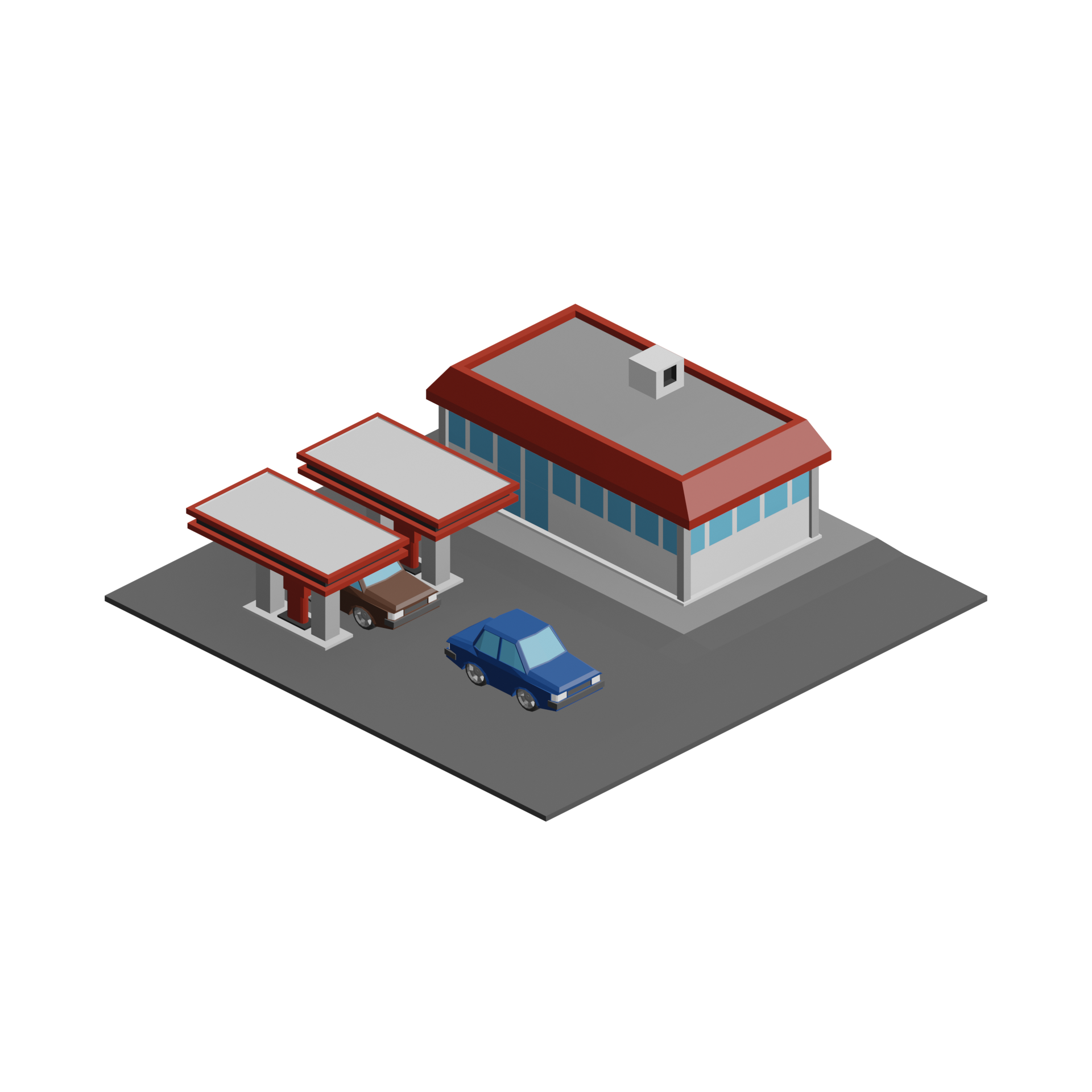